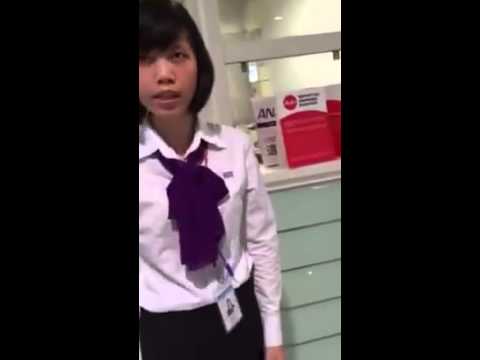 On Facebook, Tran Phuong Anh in Tay Ho district (Hanoi) said that her delegation from Bangkok (Thailand) to go to Noi Bai airport (Hanoi) at 14h on 23/5 on flights VJ902. Delegation of Huong has 11 parcels and luggage deposit.

Before departure, some suitcases were locked, adhesive tape carefully, but when the Noi Bai International Airport, the delegation received only 7 packages.

After reflecting the delegation received information two parcels were found at airports Bangkok (Thailand), a package was found at Noi Bai. Which has an orange suitcase lock broken, lost belongings inside.

“After nearly an hour of waiting, we received explanation of staff saying” I do not have the expertise or competence in this matter “, Phuong Anh said.

Talking to BBC, VJ Airlines representative said the company recently a “headache” when regularly received reports of lost items passengers cried. The company has repeatedly recognized extraordinary record at Noi Bai airport in this situation and sent a dispatch to the place for coordinated settlement.

Immediately after the incident the company has reported to the northern airport authorities and relevant agencies.

Port Authority will work with VJ to review its transport regulations see done with passenger airline like, and also verify the process passengers consigned to verified facts.

Mr. Fang also stated, in case passengers have lost or broken luggage cause damage and passenger complaints, the company will follow the complaints procedure and compensation for the guests.

As representatives of the VJ, while passenger carriers graph reflects lose face having to compensate for damage to passengers. However, as reflected by passengers merchandise goods lost are worth while for those goods consigned not only declared value is compensated by weight prescribed weight of the sector aviation.

“It’s really very difficult to compensate the testimony of passengers. All airlines in the world have such regulations, passengers should now declare valuables lost, it is difficult for the company to verify the value of goods lost, “VJ said representatives.

In this regard, talk with VietNamNet, Vo Huy Cuong – Deputy Director of Aviation VN said: According to the airline industry, just case the value of goods declared to be compensated under the new lost cost declaration of goods, even with luggage goods could not determine normal value, the general convention of world aviation is compensated according to the amount of weight.

“In case you can not determine the value of goods, merchandise 1kg 1kg clock with food commodities is the same way,” Cuong said.